Just before noon on Friday, Rescue 57 was dispatched as part of the assignment for a vehicle accident with entrapment at Rt 222 and Main St in Strasburg Township assisting Refton Community Fire Company. As members were gearing up, the location was changed to Providence Township, making it a QFD box, and we were also alerted for a second call, a fire alarm at a local business.

Rescue 57 arrived to a three-vehicle accident with one person confined. The Rescue crew stabilized the car and removed the drivers door and assisted with patient care. Engine 591 assisted with spill control, as two vehicles were heavily damaged and had a lot of fluids leaking. Both patients were transported by LEMSA.

QFD Fire Police were assisted by multiple mutual aid companies in closing Rt 222 for about 1 hour.

Thanks to Tom Amico for most of the photos, and to Bart Township Chief 51 for assuming command of the accident, and Engine 512 for responding to the fire alarm, and then standing by in our station. 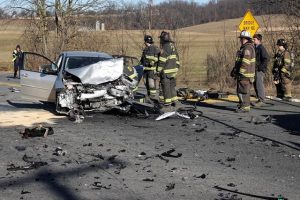 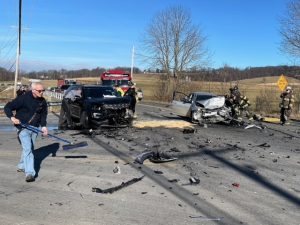 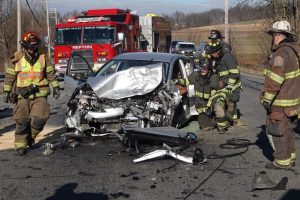 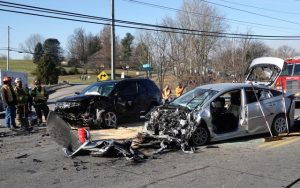