At 8:32 pm Saturday evening, QFD was alerted to assist the Rawlinsville Volunteer Fire Company on an apartment fire in the first block of Penny Road in Providence Township.  West Willow FC Engine 60 (on stand by at 58 while their members attended their banquet) was first in and made a quick knock on the room and contents fire.  Truck 57 set up on side “D” with the crew laddering the building and assisting the engine with a search and checking for extension.  Engine 574 crew stretched a second line and the crew checked the other apartments.  Rescue 57’s crew took the Rapid Intervention assignment.  Tanker 57 assisted with water supply and Squad 572 and Fire Police handled traffic control.

As Squad 572 cleared, the Fire Police were sent to Rt. 472 and Solanco Road in Colerain Township for traffic control from a vehicle accident.

Thanks to Tom Amico for the photos. 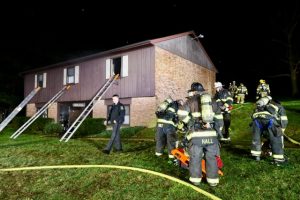 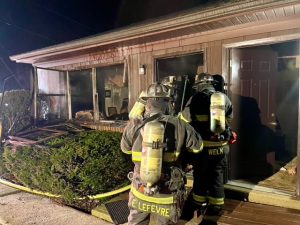 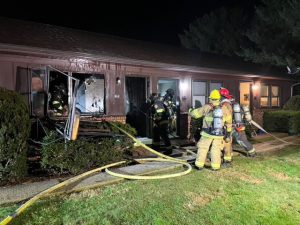