Just after 4:20 am, QFD was alerted for Engine 574, Tanker and Truck 57 to assist the Robert Fulton Fire Company on a barn fire in the first block of Peach Bottom Road in Fulton Township. First arriving 89 officers found a large barn fully involved and requested additional units.
Tanker 57 arrived as the first due tanker and set up the initial water supply as the nurse tanker. Truck 57 set up on for aerial operation and Engine 574 set up to eventually supply Truck 57. QFD Fire Police and Squad 572 directed traffic in the area and at the tanker fill site. Units worked together to protect exposures and then knock the bulk of the fire down with the aerial. A track hoe from Bob Work Excavating was called in to remove several tons of hay. QFD units operated 3 hours. 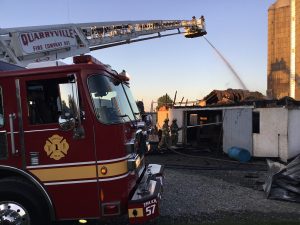 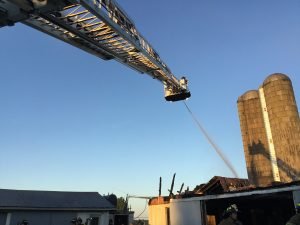 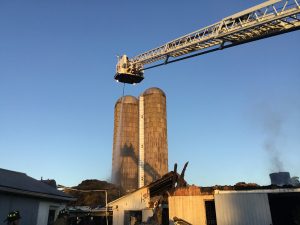 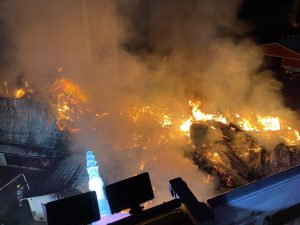 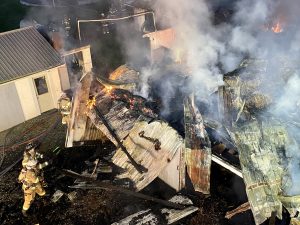 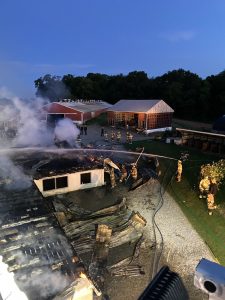 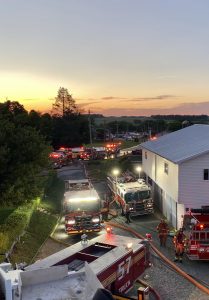 Thanks to Gap Fire CompanyEngine 42-1 and Cochranville Fire Company Tanker 27 for standing by while we were out and to all the members that turned out on this early work day morning.