On Saturday evening March 26th, the QFD family had our annual awards banquet to celebrate the accomplishments of 2021.  This years banquet was again held at Britain Hill Venue and Vineyard in our first-due.  After a meal catered by Bulldawg BBQ, LLC (another business in our first due), we had our awards assembly consisting of years of service awards, outgoing officer awards, Presidents and Chiefs Award, Special Division Award, Firefighter of the Year, Life Membership presentations and a few “gag” awards.

The Special Division Award was presented to Vicki Strause by Erin Welk.

The 2021 Firefighter of the Year was presented to Fire Chief Jeremy Welk by the 2020 FF of the Year recipient Mike Swayne.

QFD Life Membership was bestowed to Carl Weicksel and Robert Murphy for their service to our Company, both in years past and currently.  An additional story will be done on our Life Membership awards later.

A huge thanks goes out to the QFD Banquet Committee for putting the event together, Britain Hill, Bulldawg BBQ, Mr. Nova (the nights DJ) and mirrormepro.com for the venue, food and fun.  Thanks also to Bart Township Fire Company Engine 51-1 crew (the nights stand by company) and mutual aid that responded to a small fire in a house during the banquet for us. 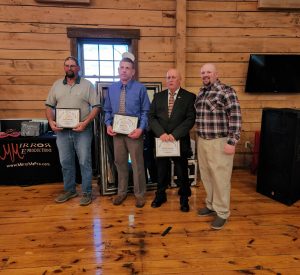 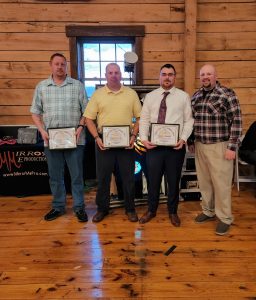 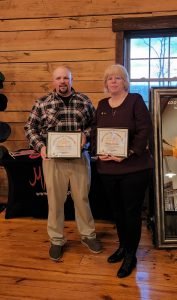 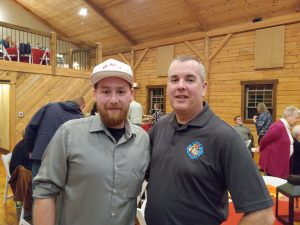 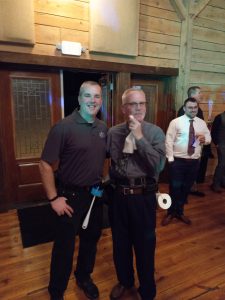 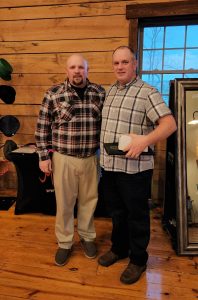 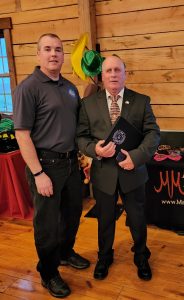 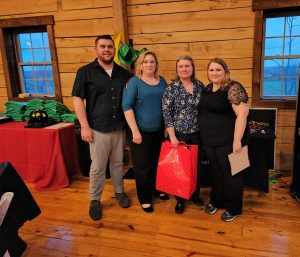 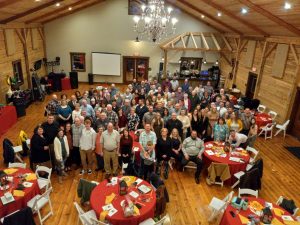