On Saturday, QFD and other Southern End companies remained steady.

In the morning, Engine 572 with a crew of 6 went to stand by at the Bart Township Fire Company and cover their area while they worked their annual spring mud sale.

At 10:41, Tanker 57 was requested to assist Chester County Station 21, Union (Oxford) on a junkyard fire in West Nottingham Township.  Tanker 57 was one of a large contingent of tankers that assisted in the water supply and dumped 2 loads of water, being released around 1 pm.  QFD Fire Police and Squad 572 also assisted at this fire.

At 1:09 pm, Engine 574 was alerted to assist Robert Fulton FC on a trash fire in the 2400 block of Noble Road in Little Britain Township.  Tanker 57 was also added to the assignment.  89 units and West Willow FC Tanker 60 (on stand by at 89) arrived and found a large pile of corn fodder bales on fire.  Tanker 57 dropped 4 loads of water and Engine 574 set up a draft at Wesley Road and Blackburn Road.  Squad 572 and QFD Fire Police assisted with traffic in the area.

The Company was clear of all calls and events by 4 pm. 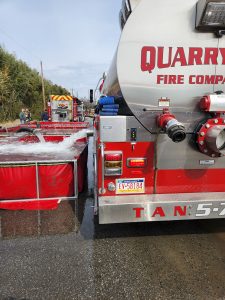 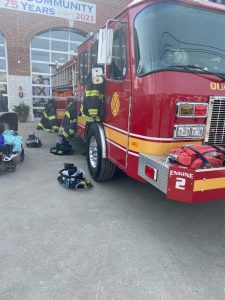 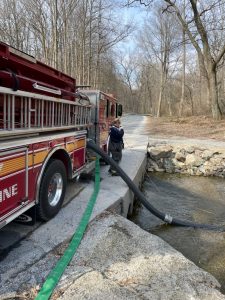 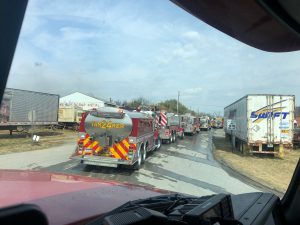 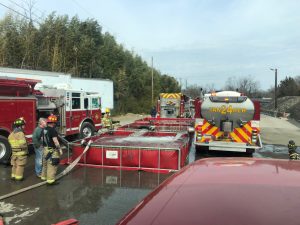