On Thursday afternoon at 12:39 pm, QFD and mutual aid responded to the 400 block of Cooper Drive in Colerain Township for a building fire. LCWC reported a diesel motor on fire in the building. QFD FF Brion arrived and reported the fire to be out. Truck 57, Tanker 57 and Engine 51-2 and Tanker 51 from Bart Township Fire Company responded to confirm. Luckily, the fire was extinguished by workers using fire extinguishers.
While out on that call, Engine 572, Squad 572 and 57 Fire Police responded to the 400 block of Camargo Road for a vehicle accident stand by. A automobile transport truck became stuck, blocking the roadway with a possible fuel leak. Crews took care of the leak and Fire Police directed traffic in the area. 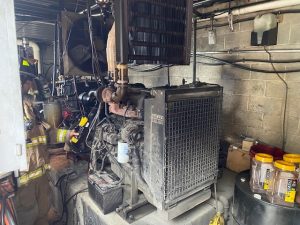 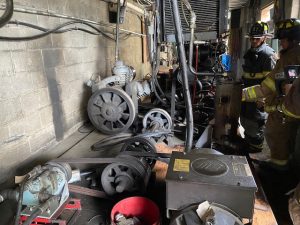 While returning from the building fire, Truck and Tanker 57 assisted BTFC on a fire alarm at Bart Colerain Elementary School.