While Brush 57 was operating on the large woods fire at the Pinnacle Overlook, at 3:33 pm, Tanker 57, Engine 572 and Engine 574 responded to the Susquehannock State Park in Drumore Township for a report of another woods fire. Units arrived finding a working fire in a very remote area.
Engine 572 laid 1200′ of supply line and then used all of the attack lines to put together a long line (over 1,000′) to reach the fire. Engine 574 set up a tanker fill on Silver Spring Rd., and Tanker 57 was the water supply at the scene. Multiple mutual aid units from several counties and two states were called to assist due to the local resources already being used at the first fire.
In all, Engine 572 used 1,200′ of 4″, 200′ of 3″ and 1,000′ of 1 1/2″ line. 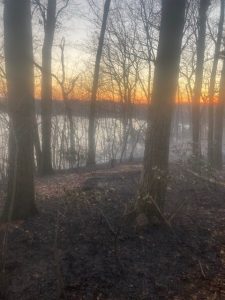 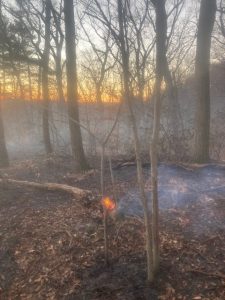 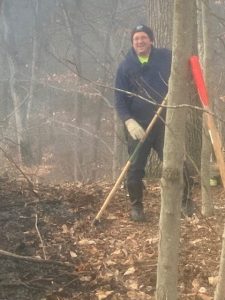 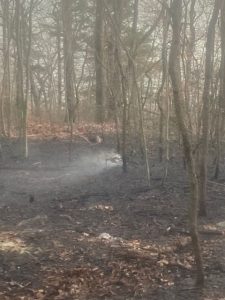 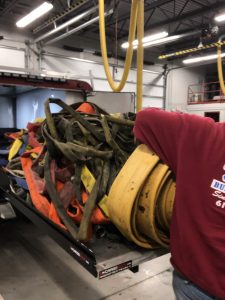 Thanks to all the members that were at the station when all the units returned to help clean and re-rack hose to get the units in service. It was greatly appreciated.